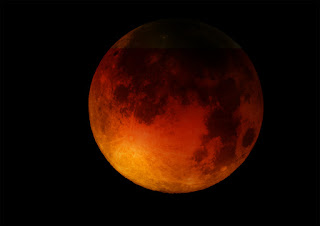 We are very happy to invite you to our new performance in collaboration with the Moon, the Sun and the Earth. Especially for the occasion of the exhibition Painting the Night at the Centre Pompidou Metz, we have prepared a new winter spectacle featuring a total eclipse of the moon: Orange Night.

For this performance, the Moon, the Earth and the Sun align in a perfectly straight line in the early hours of the 21st of January 2019 performing a total eclipse of the Super Blood Moon. For this dance, the Moon comes to its closest approach to the Earth. The Earth passes between the Sun and the Moon casting its shadow over the Moon - temporarily disrupting the coming of the light. We see the Moon’s dark side. The Moon turns blood-orange - Mars-like for a while. Darkness turns orange.

Orange Night is a slow-motion immersive durational spectacle visible to the naked eye simultaneously to many viewers.

The choreography is based on a mathematical score. It is an episode in a larger series of our lunar eclipse performances titled Saros 134 taking place since 1 April 1550 and ending on 28 May 2030. This is episode number 27 out of 72. The next upcoming performance with the same geometry and similar geography takes place on 22 February 2073.

Orange Night is a ritual of endings and beginnings, darkness and illumination.

It features prime time for rituals of prophecy, protection and divination. The good and bad deeds one does during this performance are multiplied tenfold. Those who pray will have no troubles this year. The full moon energy is available three days before and three days after the event. Consider carefully what you wish for and write it out beforehand. For security reasons, there will be an increased presence of the police in the streets as the performance intensifies behavior. 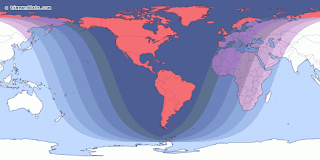 Local times vary.
For the precise schedule and more information on your viewing location click here

Watch the documentation of a previous performance here

Cloudy where you are? Follow our online live stream from various locations on the Earth here 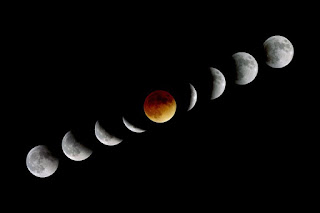 Orange Night is an immersive durational spectacle for three celestial bodies and an observer that deals with the questions of drama, control, authorship, solarization, darkness and illumination, transformation, personal responsibility and engagement in space-wide events.

‘When the lights, the Sun and the Moon are ‘eclipsed’, we are in the dark and events are hidden and shadowy. Secrets emerge and what’s unknown comes to light.’

‘You get a true sense of the solar system moving – and that in itself is a really dramatic experience.’

Produced by TILT at the invitation and with the financial support of the Centre Pompidou Metz.